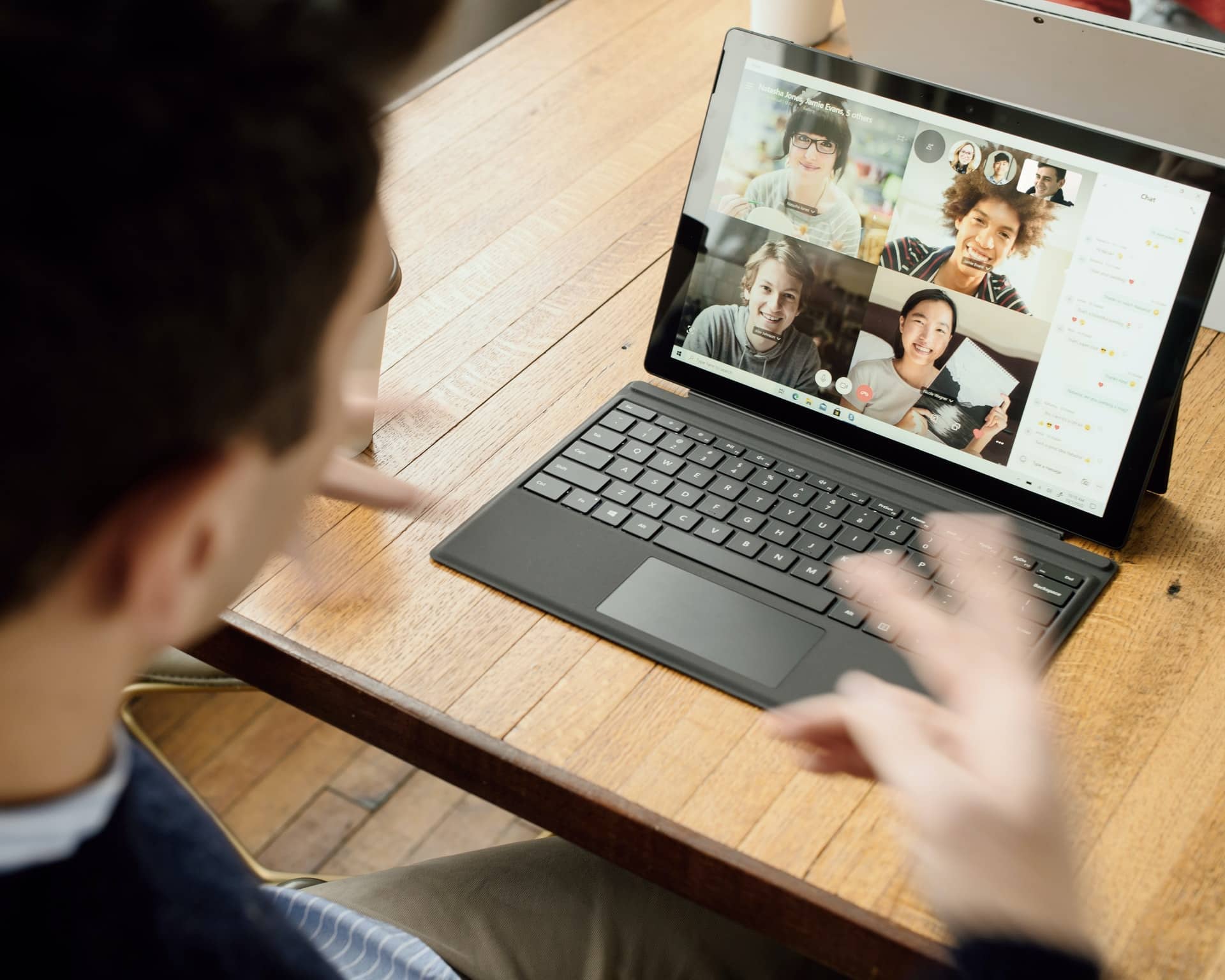 In a surprising turn of events, Whereby Video Meeting Startup has announced layoffs amid to challenging market conditions. The company CEO, Oyvind Reed took to LinkedIn to make the announcement, saying that they are streamlining their business in order to focus on profitability.

We’re not sure how many individuals were affected by the company’s 86 employees that were laid off on LinkedIn, but it’s a heavy blow to the organization. And, on top of that, it’s bizarre for a CEO to make such an announcement on their personal LinkedIn profile, but we guess it’s a way to be transparent with their current and future customers. 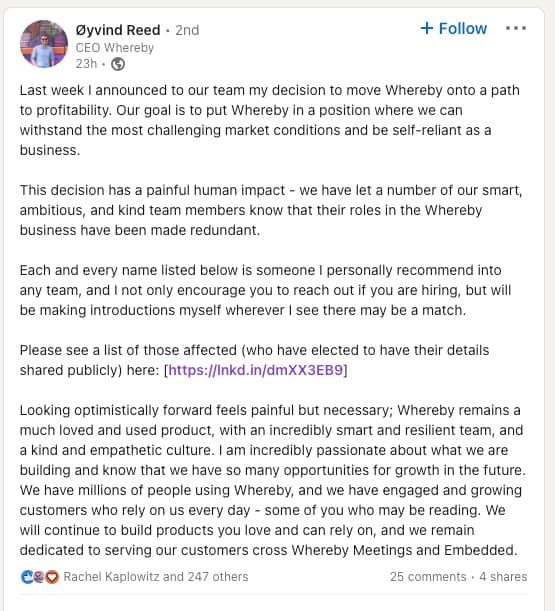 Reed further explains “This decision has a painful human impact – we have let a number of our smart, ambitious, and kind team members know that their roles in the Whereby business have been made redundant.”

The startup has raised $12 million from German VC Point Nine, a SaaStr fund, and a group of more than 20 angel investors. Whereby’s the platform has three pricing plans (including free) and allows users to embed tools like Google Docs, Trello, and Miro directly in their meetings, unlike other video platforms. The application’s strong enterprise integration capabilities enable Whereby to be a strong competitor in the video meeting market.

Whereby has great branding, functionalities, and design aesthetics, which has helped the company to grow significantly? Even with strong growth, Whereby is feeling the pressure of profitability and has taken steps to cut costs by reducing its workforce. “We are not immune to the challenges of running a business during these unprecedented times”, Reed said.

The Whereby layoffs come as a shock to many in the tech industry, who have been hailing the company as a strong competitor in the video meeting market. It will be interesting to see how Whereby manages to rebound from this and if it can maintain its position in the market.